Identifying Paget’s Disease of the Bone

Musculoskeletal disorders have reportedly emerged as a leading cause of disability in the United States, government statistics show, adding that bone diseases have also become a cluster of major health concerns, accounting for more than one-half of all chronic conditions in over the age of 50 years in industrialized countries.  In the United States alone, more than one in four Americans is affected by a certain bone condition that necessitates medical attention. 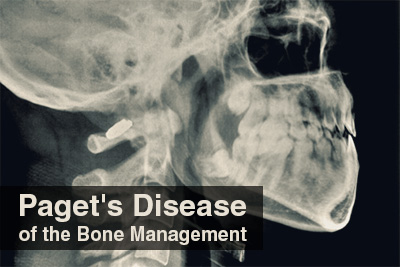 Among the numerous bone deficiencies identified in medical terms, Paget’s disease of the bone has increasingly assumed a role as regard prevalence, coming in next to osteoporosis, as the second most common musculoskeletal disorder in the US, according to national statistics, demonstrating an estimate of over one to three million Americans suffering from its symptomatic manifestations.  As a bone disorder, Paget’s disease of the bone may have been often overlooked and untreated due to its silent nature, and may not be recognized until its course or progression advances, according to orthopedic experts.

Paget’s disease of the bone, medically known as osteodystrophia deformans, is a chronic skeletal condition characterized by abnormal bone destruction and regrowth resulting to the enlargement and deformity of single or multiple bones, as defined by medical journals.  It is marked by the excessive breakdown and formation of bone tissue that causes the affected bone to weaken—resulting in bone pain, misshapen bones, fractures, and other medical problems including arthritis of the joints near the affected bone, heart disease, kidney stones, nervous system problems, vision and hearing loss, and even bone cancer.  While the disorder can affect any bone, it is commonly found in the femur, tibia, pelvis, vertebrae, and skull, and may not affect the entire skeleton as opposed to osteoporosis.

Albeit the reasons are unclear, scientists attribute some cases of the condition to several risks, including biological factors such as age (commonly found in people over 40 years of age), gender (more frequentl in men than in women), national origin (prevalent in people of Anglo-Saxon descent), hereditary, and environmental factors, with some experts concurring that it may also be attributable to a viral infection acquired early in life.  Most people who may have developed Paget’s disease of the bone may not experience any indication, orthopedic specialists say, pointing out that when manifestations do occur, patients mostly complain about the pain felt in the bone.  They may also vary considerably in symptoms as it may depend on the part where the affected bone is located.

Pelvis.  Hip pains may be frequently endured by people who have Paget’s disease of the bone on the pelvis.
Skull.  Hearing loss or headaches may result from an overgrown bone in the skull.
Spine.  Nerve roots may be compressed if the disease is situated in the spine which in turn may result to pain, tingling, and numbness in an arm or leg.
Leg.  The excessive breakage of the bone may lead the leg to bend which in turn may cause a person to become bow-legged.  The abnormal growth and form of the bones in the leg may also put extra weight to the nearby joints, leading to additional health issues such as wear-and-tear arthritis of the knee or hip.

Treatment
Treating Paget's disease of the bone is normally directed toward controlling the disease's progression and managing its impact and possible complications, according to orthopedic experts.  Patients who may exhibit no symptoms and demonstrate an abnormal level of a certain enzyme known as serum alkaline phosphatase in the blood may not necessitate any treatment.

Patients who may need medical intervention are treated through therapy by medications designed to impede further breakdown of the bones, health experts say.  These medications include those that belong to the class of bisphosphonates, and injectable calcitons, while acetaminophen (Tylenol) or non-steroidal anti-inflammatory medications (NSAIDs) may be prescribed for the management of the pain.

Certain bisphosphonates such as Fosamax have been reportedly regarded as the first-line of defense in improving bone mineral density, medical experts say.  However, as were other medications, they have also been associated with adverse effects in patients including dental problems, and a rare jaw disorder known as osteonecrosis.  Although the disease’s signs may be difficult to recognize, a person is encouraged to immediately get in touch with his or her health care provider as soon as symptoms of the Paget’s disease of the bone become evident. Read more at http://www.fosamax-lawsuit.net